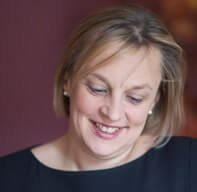 As the world gets smaller and social mobility becomes increasingly international, it is far from uncommon for families to move abroad to live and work, whether for a defined period or with the intention of resettling permanently.

If you’re living abroad when your marriage breaks down, what happens next? It would be easy to assume that the appropriate place for divorce proceedings to take place would be the country where your marriage took place; you are citizens or lived your married life; or you are living at the time of the breakdown of the marriage. However, this is too simplistic and it would be wrong to make any assumptions. There are many international families who will find that more than one country may be able to deal with the issues arising on divorce.

Where the parties are, or have been, living within the European Union, EU regulation 2201/2003, commonly known as Brussels II Revised (B2R), governs family law disputes to determine which country (legal jurisdiction) should have precedence over hearing a case. In very basic terms, it provides that the jurisdiction where proceedings are lodged first will have deal with the case.

The result is to effectively create a race to issue proceedings between separating couples. The reason for this is that different EU jurisdictions vary widely in their approach and generosity to economically dependent spouses, and therefore it pays to choose a jurisdiction favourable to the particular applicant’s circumstances, which in turn are likely to be very different between an estranged husband and wife.

Different countries approach the financial arrangements between couples on divorce in very different ways. Procedures also vary from country to country, particularly in relation to disclosure of financial affairs. This means that a couple with the same financial resources (house, other capital, income and pensions) could end up with very different financial arrangements if their divorce is dealt with in England than if it were dealt with, for example, in France or one of the US states.

Issuing proceedings and the choice of jurisdiction requires not only swift action, but tactical decision making where more than one jurisdiction is an option. To be eligible to issue proceedings in England and Wales, the criteria rely on periods of “habitual residence” or “domicile”.

Habitually residence is a self evident concept, broad enough to include non-citizens, and straightforward to establish. It becomes a little less obvious with the concept of domicile: everyone has a domicile of origin according to where they were born, but it is possible to change this through choice, which relies mainly on personal intention. Under English law, you can be domiciled in a country even if you have been away for it for many years if you still consider it to be home.

So where marriages have any international aspect to them, whether by virtue of the nationalities of the parties, or their respective places of residence at the time proceedings are issued, the situation can become a legal minefield. Article 19 of B2R provides that when the courts in a particular EU member state receive a divorce application involving a spouse living in another state, they must suspend proceedings until precedence has been established, which in itself can and has caused significant financial implications as well as delay for divorcing parties while they argue over where the divorce should take place before proceedings even get underway.

For those reasons, it’s vital to choose a legal advisor carefully. This is a specific field of expertise and incomplete advice can be costly. Remember also that specialist lawyers such as ourselves bridge the international gap with digital services such as videoconferencing and links with English speaking regional firms in foreign jurisdictions.

Get in touch now for your FREE 45 minute consultation

Get in touch with us using the form and one of our team will respond to you promptly. You can also contact us by email or telephone if you prefer. Please note, we are unable to offer Legal Aid.

Road traffic legislation and case law has long been thought to produce more case law than any other area of law. One reason for this is…

See what our Associate, Sam Carter of Major Family Law, niche family law specialists, says in this month’s Luxe Magazine: Some of our most cherished…

Whats in a Name

It can often be difficult to separate a surname from a sense of identity and the feeling of being part of a family unit. Indeed…

Reflecting on a journey

Niche Family Law Practices are now becoming widespread across the U.K. as an alternative, more bespoke way of offering specialist family law advice rather than…

All our reviews are independently published on Google and are from individuals and clients who have been advised by our team.

Please complete the form below to get in touch with us. Your message will be answered promptly and discreetly by a member of our team. You can also contact us by email at enquiries@majorfamilylaw.co.uk if you prefer. Please note, we are unable to offer Legal Aid.

Please complete the form below to get in touch with us. Your message will be answered promptly and discreetly by a member of our team. You can also contact us by email at enquiries@majorfamilylaw.co.uk if you prefer. Please note, we are unable to offer Legal Aid.

Enquire Now
We use cookies on our website to give you the most relevant experience by remembering your preferences and repeat visits. By clicking “Accept”, you consent to the use of ALL the cookies.
Cookie settingsACCEPT
Manage consent

This website uses cookies to improve your experience while you navigate through the website. Out of these, the cookies that are categorized as necessary are stored on your browser as they are essential for the working of basic functionalities of the website. We also use third-party cookies that help us analyze and understand how you use this website. These cookies will be stored in your browser only with your consent. You also have the option to opt-out of these cookies. But opting out of some of these cookies may affect your browsing experience.
Necessary Always Enabled
Necessary cookies are absolutely essential for the website to function properly. These cookies ensure basic functionalities and security features of the website, anonymously.
Functional
Functional cookies help to perform certain functionalities like sharing the content of the website on social media platforms, collect feedbacks, and other third-party features.
Performance
Performance cookies are used to understand and analyze the key performance indexes of the website which helps in delivering a better user experience for the visitors.
Analytics
Analytical cookies are used to understand how visitors interact with the website. These cookies help provide information on metrics the number of visitors, bounce rate, traffic source, etc.
SAVE & ACCEPT
Powered by